Day 1 of  The Gemstone Wishlist for Tuscon

Zultanite “The Sultan of Gems”, is an incredibly rare and relatively new Gemstone. At first glance you may not be able to put a finger on what color it is. That is because it’s a member of the elite class of natural ‘color changing’ gemstones. Meaning the color changes as it reflects different light sources. The range of color is mesmerizing as it shifts from rich blush champagne hues, through golden yellows into kiwi greens.

One of the most rare gemstones on earth, Zultanite comes from only one mine in the Anatolian mountains of Turkey, once ruled by the Sultans of the Ottoman Empire. Zultanite, takes it’s name from th

Aside from Zultanite’s impressive rarity, color display and cultural richness, it is also a leader in ‘Green’. Diamond and Gemstone mining can be extremely harsh on the environment, some of which is unavoidable but the Zultanite mine takes a special interest in recycling water to avoid soil contamination and planting 10 trees for every one cut down. Furthermore, since the stone is sold only in its natural complexion, (no chemical, radiation or other enhancements are ever done to the stone), the overall carbon footprint of each polished Zultanite is significantly lower than most gemstones.The mining company, Ottoman Gems also takes a major stance on equality, hiring women and men alike for fair labor prices, and education, donating supplies and learning tools to local schools.

If you are not convinced on why Zultanite is the at the very top of my Gemstone Wishlist, check out the amazing things these Couture Jewelers are designing around Zultanite: 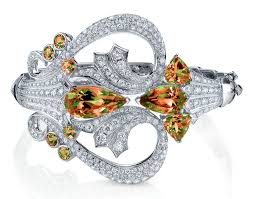 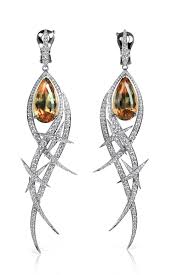 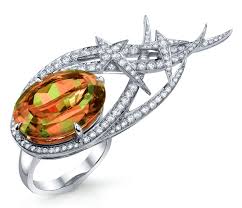 And now that you are totally hooked and enamored go visit the site for yourself:

Out in the World

So excited to spend the weekend snuggling with my baby boy. 🥰
Here are the final three mock-ups for the Christmas cards we were going to send.... if you didn’t get one you are not alone.... no one got one. But MERRY CHRISTMAS from Me, Maika and Theo!!! Photo by @wendyhickokphotography For @zacharys_jewelers magazine
✨ It’s the night before the night before Christmas and I have never been more grateful in my life! 🎄