For me, the fall always flies by and is usually measured by football games and leaves on the ground. This fall in particular has been marked by a barrage of changes for me. It was one year ago this past October that I decided to leave my position in the manufacturing world to pursue my own venture. Everyone* thought I was crazy and never going to make any money with Constance & Carob and that I should take another job before anyone noticed I was “out of work.” Instead, I actually turned down a few offers a few times, and chose to take on a couple of contracts that others felt were gambles at best. And then I did the unthinkable, I moved outside of NYC… and not just to the suburbs, I moved all the way to the suburbs of Philadelphia….

And it was the best decision I have ever made!

(This image was chosen as the image of my departure from NYC and arrival in Philly by Frank’s son Orlando… We felt it was fitting.)

A few days after I got settled, I decided to canvas Jeweler’s Row for manufacturing partners in Philly so that I could avoid the long trip to NYC’s Diamond District at least for smaller projects. What I found was the shop of my dreams full of souls just waiting for me to join their United Nations-esq family. So, I did. And I can now say that I am a proud member of the FGS Gems family, located on the Historic Sansom** Street in Center City Philadelphia! Come visit. (That’s  kind of an order.)

Remember the Cave of Wonders in Aladdin? It’s kind of like that in here… (yes, I know your mind is blown.) There are more gems in this shop than in most museums. NO JOKE! The owner Frank has the largest collection of stones (rough and cut) and mineral specimen I have ever seen. No seriously… just wait till we get into the safe.

*By everyone I mean industry wide and not actually everyone because I have had a great deal of people be very supportive of my choices to follow my dreams.

** Sansom Street was the first “Diamond/Jewelry” District in the United States! 😉 #historylesson

…..The Beginning of the New End

Day 9 of the Gemstone Wishlist for Tuscon:

Spinel, “The Most Underappreciated Gem of History”

Frequently referred to as the “most under-appreciated gemstone in History” or the “understudy ,” Spinel gets its name from the Greek word for “spark”, Spinter. Spinter was most likely the original name given to Spinel because of its amazing fire and brilliance (AKA. **SPARKLES**).

Spinel has a very long rich history, yet most people have never heard of the gem. Many people have seen Spinel without even knowing it, as it comes in many colors and the Reds look like fine Rubies and the Blue look like beautiful Sapphires.

Ever viewed The Crown Jewels? 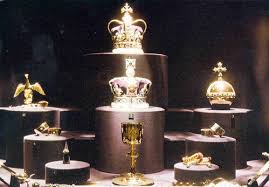 The Most Famous Rubies in the World…. Are Red Spinel. 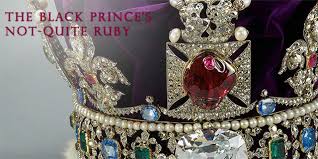 Ever seen the Timur Ruby?

It is speculated that upon further review of Royal Collections in Europe, many of the ‘Rubies’ would actually be discovered to be infiltrator Spinels. So if the most beautiful Rubies in the world are Spinel, and have been worn by royalty for decades…

Why wouldn’t Spinel be on my list and yours???

In fact Spinels are incredibly rare and not easily found in mass market settings due to unreliable/un-renewable sources. They are an elite group of very few gemstones that come out of the ground in a stunning display of colors from Grey-Blue to Pale Pink, with this level of color saturation, without being treated (it is widely accepted for most gemstones to be “enhanced” in some way.) All said, This Sparkling Stunner should fetch a much higher price than it does… but who’s complaining about unexpected great deals… Not me!!!

Which is your favorite color? 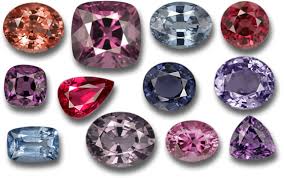 Got Spinel Fever? See what the Gemological Institute of America has to say about it:

Day 7 of the Gemstone Wishlist for Tuscon:

Kyanite, “The Gem with a Day Job” 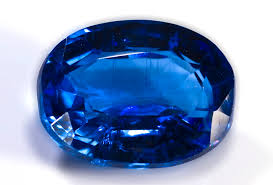 Kyanite, which is Greek for “Deep Blue”, is a gemstone most typically blue to green in color with a very occasional blue-purple shade. The mineral itself is not rare but cut and polished stones are.  In truth the gemstones are so rare when you google: “Kyanite Jewelry” you will not find much.

My favorite designer, and really one of very few Fine Jewelers, working with Kyanite is Emily Armenta who crafts exquisite pieces of wearable art with Kyanite.

Kyanite makes it to Gemstone Wishlist not because of its unique color as it can be sometimes mistaken for sapphires, but for the actual properties of the stone. (Oh yes, I did it, I am going there…It’s about to get geeky here.) I am completely enamored with the poetic existence of Kyanite, (now bear with me as this is going in a very round about direction.)

Science: Kyanite as a mineral is most frequently used for industrial purposes. It has a unique reaction to heat, in some instances Kyanite is ground up and added to mixtures which would otherwise shrink, (ie. Porcelain, concrete ect.) because Kyanite doubles its own size when heated to just the right temperature.

Practice: Feng Shui practitioners uses Kyanite Crystals in homes and offices to bring calm to chaotic situations and even use it during meditations when times get particularly tough.

Practice: Ellegedly (although I do not yet feel comfortable enough in the source), Some people used to tie Kyanite into the ends of the hair, which was said to be able to guide a person as a compass.

(Buy these from GypsyTribeJewerly on Etsy.com)

The Poem I see:

There is a stone which leads a double life, one as an industrial worker,

The other as a the focal point and inspiration of Fine Jewelers,

A mineral which instead of melting under fire, expands to its true potential,

A stone which stifles negative energy and offers peace to its neighbors,

A crystal which functions as the guiding light for the future,

Make your own deductions about Kyanite as a gemstone, Start at:

Day 2 of Gemstone Wishlist for Tuscon:

This Gemstone doesn’t need a lot of talking up, you might say all it needs to do is wink in the candle light 😉 because The rare pale purply-pink color is enough to get most people’s attention.

This Unique stone, is often considered an All-American beauty, found in the USA and named after a famous American! Kunzite was originally found in Southern California, in 1902, and is considered to be a rich part of the Tiffany & Co. History as it was identified and named by a Tiffany’s Gemologist George Kunz. Kunzite is a stunning lilac to powder pink colored gemstone and gets its coloring from Manganese. Like any fair skinned beauty, the sun is damaging to the color of this gemstone, so it is best at cocktail parties and late night rendezvous (I know right, how sensually perfect.)

Tiffany & Co. even used this collector’s size 175.00Ct + Kunzite, in this Necklace, for its 175th Anniversary in September of last year.

Here are some other incredible Kunzite pieces from Tiffany & Co.:

And One Stunning Kunzite and Amethyst Necklace from Van Cleef & Arpels:

If you must have more Kunzite in your life check out this more scientific profile on gemstone.org:

And if you are looking to buy… be prepared to pay a pretty penny for this beauty of the night 😉 (Oh Stop…I’m Sorry I couldn’t resist.)

Out in the World

So excited to spend the weekend snuggling with my baby boy. 🥰
Here are the final three mock-ups for the Christmas cards we were going to send.... if you didn’t get one you are not alone.... no one got one. But MERRY CHRISTMAS from Me, Maika and Theo!!! Photo by @wendyhickokphotography For @zacharys_jewelers magazine
✨ It’s the night before the night before Christmas and I have never been more grateful in my life! 🎄

Follow Constance in the Giant Jewelry Box on WordPress.com